Each quarter we will try and bring you a story on a members car. This quarter we feature Club Member David Abas’s beautifully presented Black Cobra with rag top which won last years Mustang Round Up’s best presented Cobra. 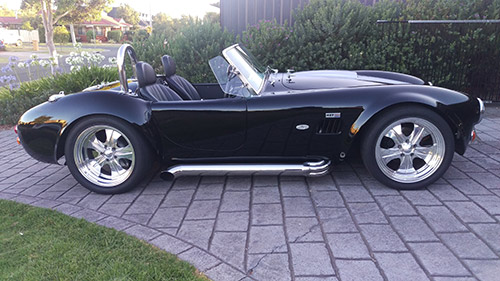 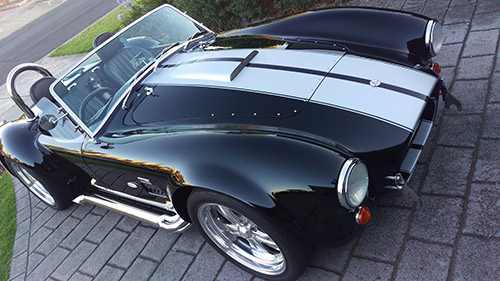 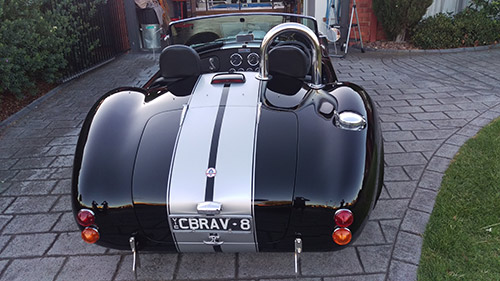 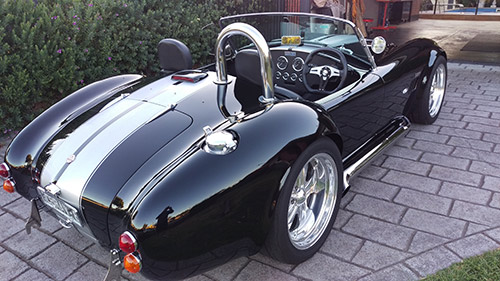 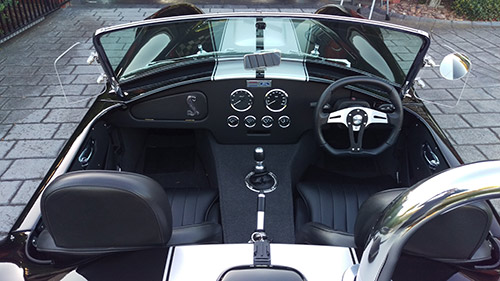 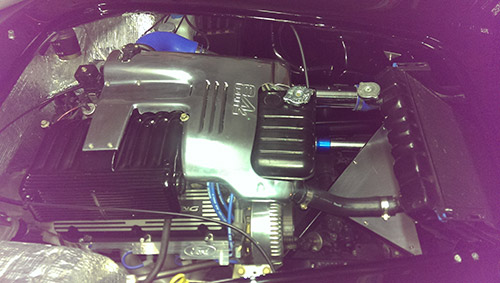 I brought my Cobra as an unfinished project from Steve Ziegler back in May 2014.

Steve Ziegler was a member of the MCOC back in the early days of the Club, at the time when Steve was a member, his car…now my car, was featured on the clubs website, it was painted in flat black with a spray can and had seats but no carpet or trims of any kind.

I am a Panel Beater by trade and although I have been out of the trade for 25 years, I was still able to do the body work and much of the paint preparation with my son as a father son project, not to mention cheap labour as well.

I get almost as much enjoyment out of working on my Cobra as I do driving it, as a lot of the club members know, I once took a man for a drive in my Cobra who was days away from dying of Cancer, all he wanted before he died was to go for a ride in a AC Cobra, I think of this man quite often and it reminds me how lucky some of us are to own and drive perhaps the most iconic and beautiful car ever built.