The group met in Tooradin where we interloped on the Escape Club morning tea (Gerard is a member) and shared our surplus of display passes and received a couple of one day possess well, so we all benefited from some savings! We also learned the other Cobra club had another events we were the only Cobras at Phillip Island. The drive down was uneventful except for the usual speed cameras and a few inquisitive motorcycle police making Chis nervous as his LH indicator had just decided to stop working. MCOCI had 5 members (I am behind the Camera and Christine was being shy),3 cars in prime location outside the big shed where they attracted a lot of attention throughout the day. The day was comfortable mostly because it was overcast all day and only really felt like threatening rain late in the afternoon as we contemplated heading home. This event is as much about having a sticky beak at what everyone else brought and catching up with acquaintances, while the racing, really just provides the atmospheric sights, smells and soundtrack. Graham & I actually had a long conversation with the guy who originally started Roaring 40s. His current project is the creation of a late 60s Formula 1 style chassis using modern passenger car mechanicals. Designed for ‘larger’ drivers than the originals it will be available with 6 different bodies resembling Brabham, Lotus, Ferrari etc of that era. He is hoping to fill a grid with cars. Cheers Gerard.” 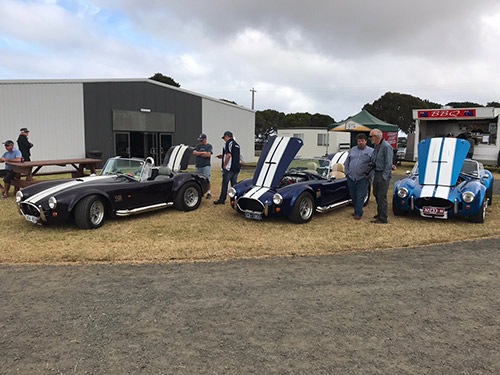 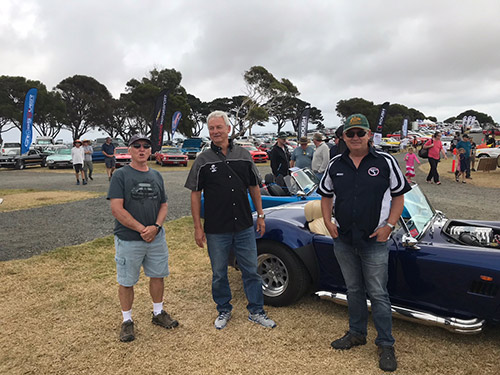 Slightly unstable weather but showers were short and evaporated immediately. Most navigationally unimpaired arrived a bit after 10.30 and headed off around 2.30pm. 8 Cobras, 1 bike, 2 Classics and Trevor’s Ghostbusters Variety Bash Machine. 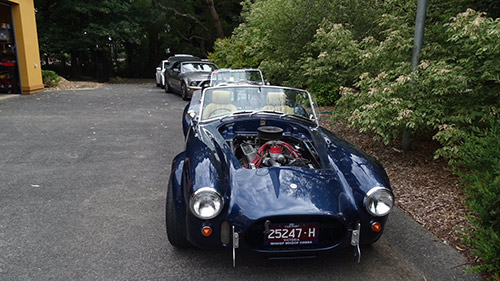 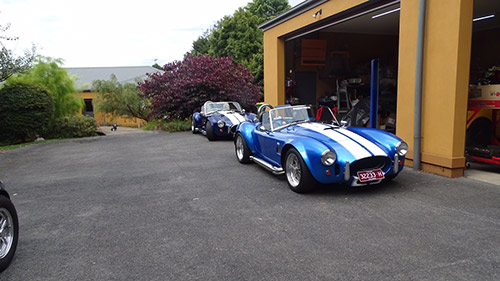 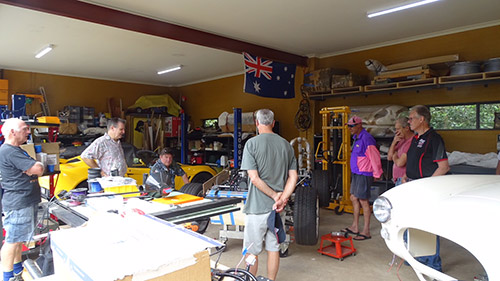 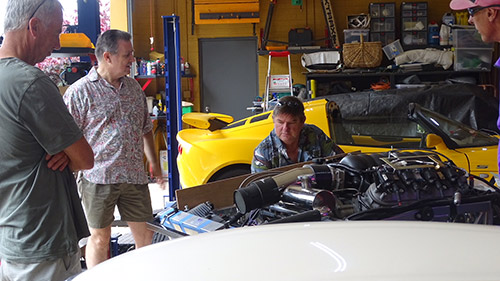 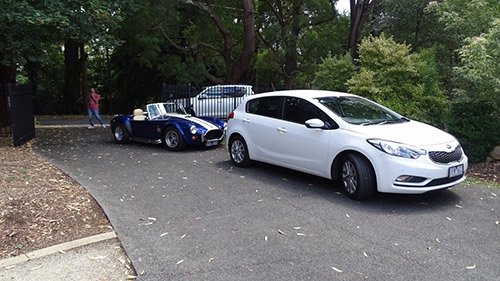 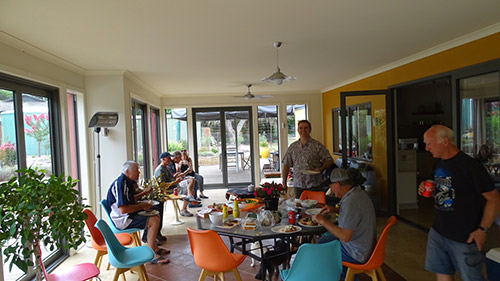 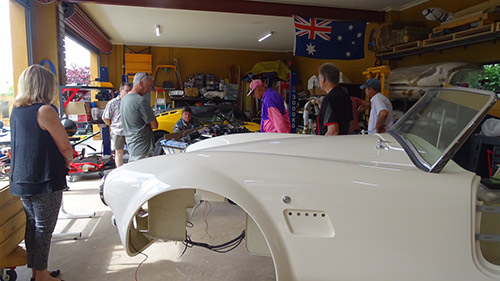 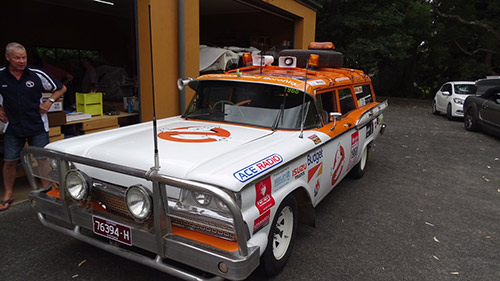